Body Image Real or Not Real?

I've been struggling with body image again in the last week more than usual. I mean it's not unusual. I normally always have body image struggles and hang ups, whether I'm getting ready for a night out or just going to class. But it get's worse the more healthier I try to be - if that makes sense? Well for me it's always been that way anyways. Even since my early teens, maybe even before that who knows! Well lately I can feel the anxiety building when I have to put on clothes and go some where, or even just taking a shower triggers the same feelings. Anyway I'm trying to solve the issue and make it easier to live with right now. And I've been thinking exercise in whatever form is the way to go- build it up little by little and regain my strength slowly. So I'm going to work on consciously adding that in, starting small like I said.

Hopefully it helps, and I regain some control back over my negative thoughts.
Posted by Chloe at 12:35 pm No comments:

My November goals are broken down into many areas of my life. I've got my food/eating goals, my deadline and work goals as a student, and also my exercise goal(s), which is basically to move more if I'm honest. Being a student, especially since I do English Lit and Creative Writing means there's a lot of reading and writing involved meaning I'm sedentary a lot of the time. My goal is to be more active by taking walks for breaks and yoga and also starting to stretch again. I want to start small be consistent and then get back up to the level of activity I was earlier this year.

Studying and Deadlines:
I'm keeping on it at the mo. But I can feel myself slipping on certain modules.

Basically a month (for me) to get on top of things. And establish some sort of rhythm.

Right. Moving on to my eats of late. I've been snacking. Which isn't always a good thing for me. 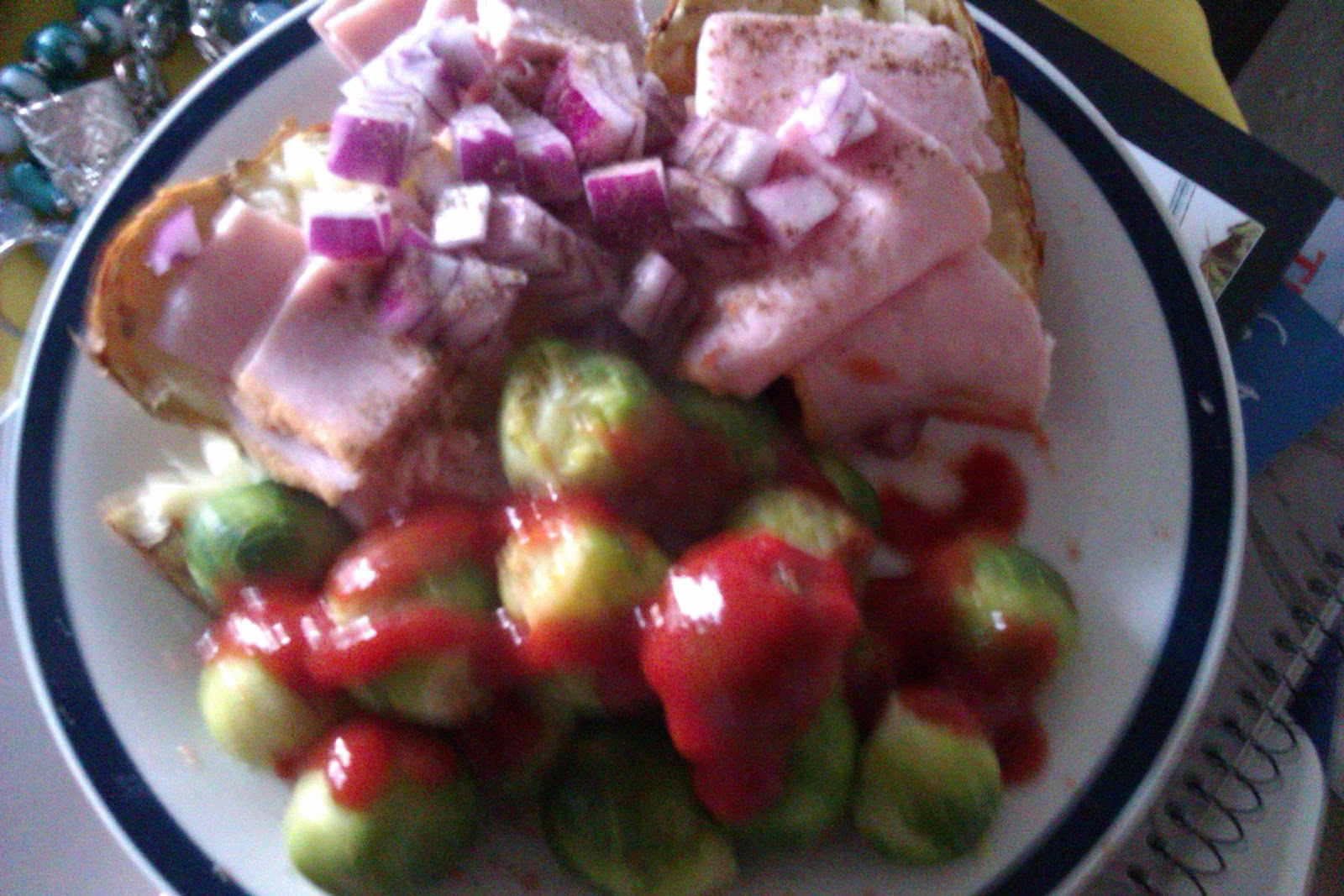 So it may look and sound disgusting, but it's actually tasty. A jacket potato with cheese ham and onion and then half a plate of sprouts (because they are tasty and it the freezer) covered in red sauce. 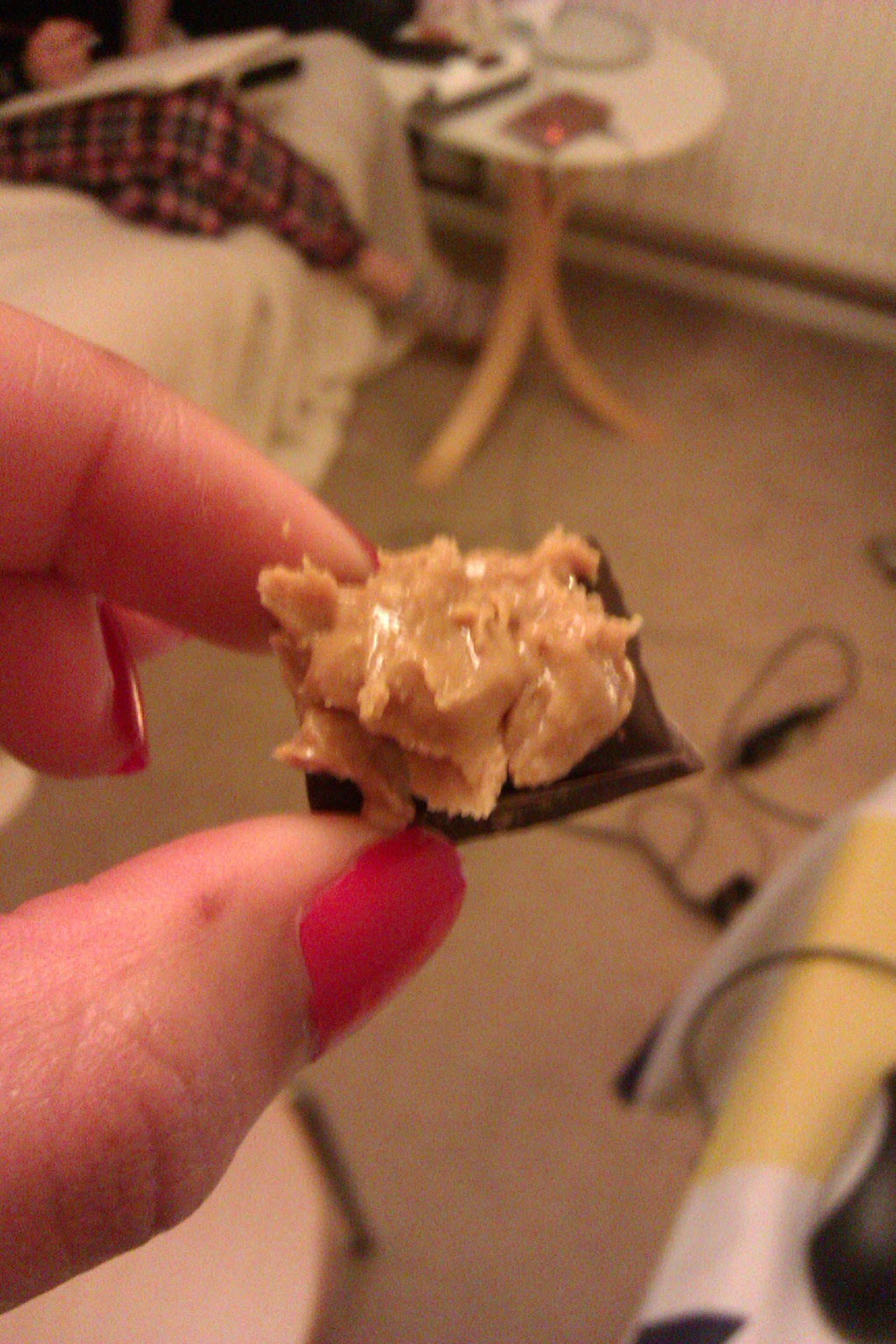 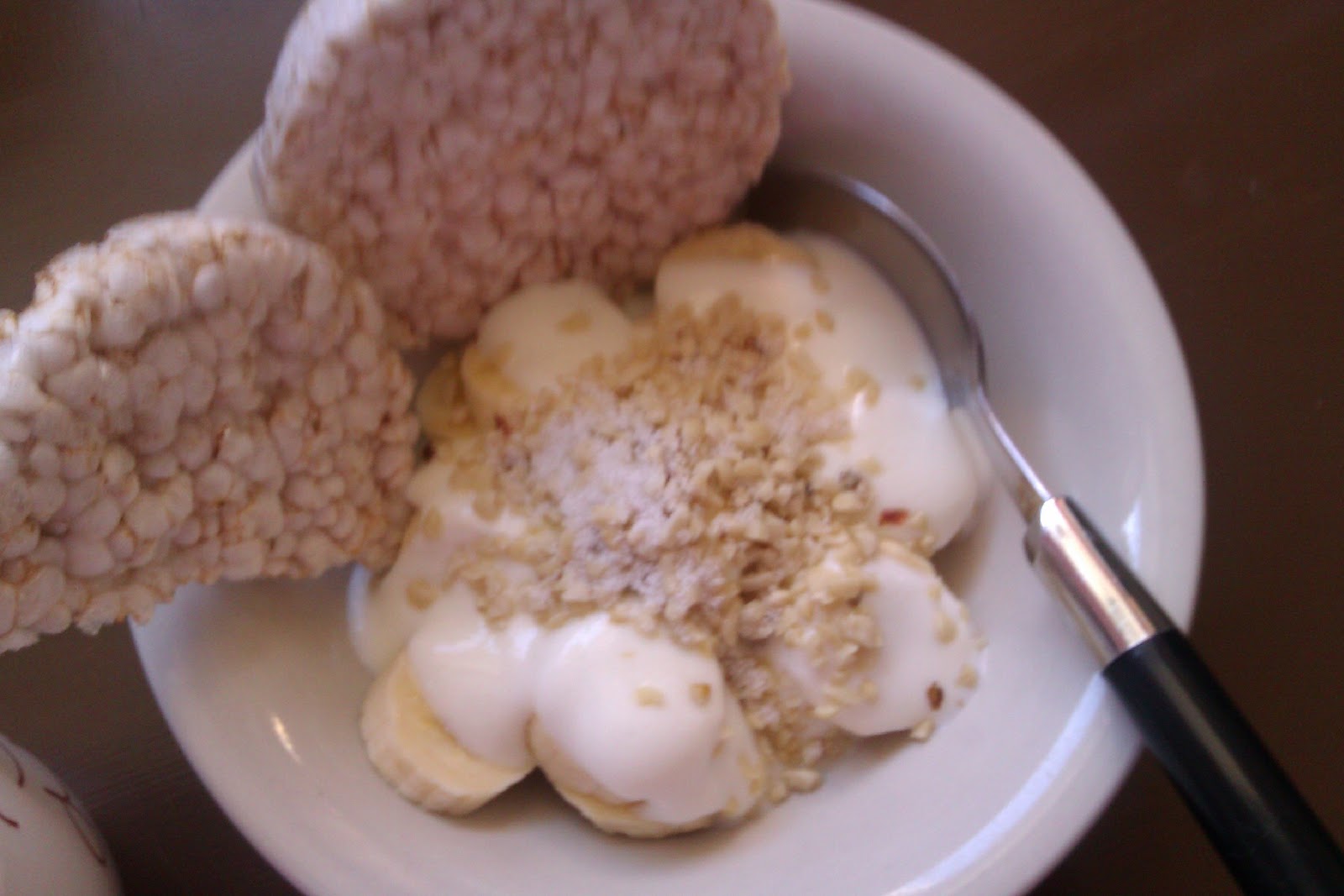 Strange breakfast but I needed to mix things up. Plus I'm trying to lay off the bread; a banana, plain natural yoghurt, chopped nuts and rice cakes (need to but more I seem to have eaten them all). 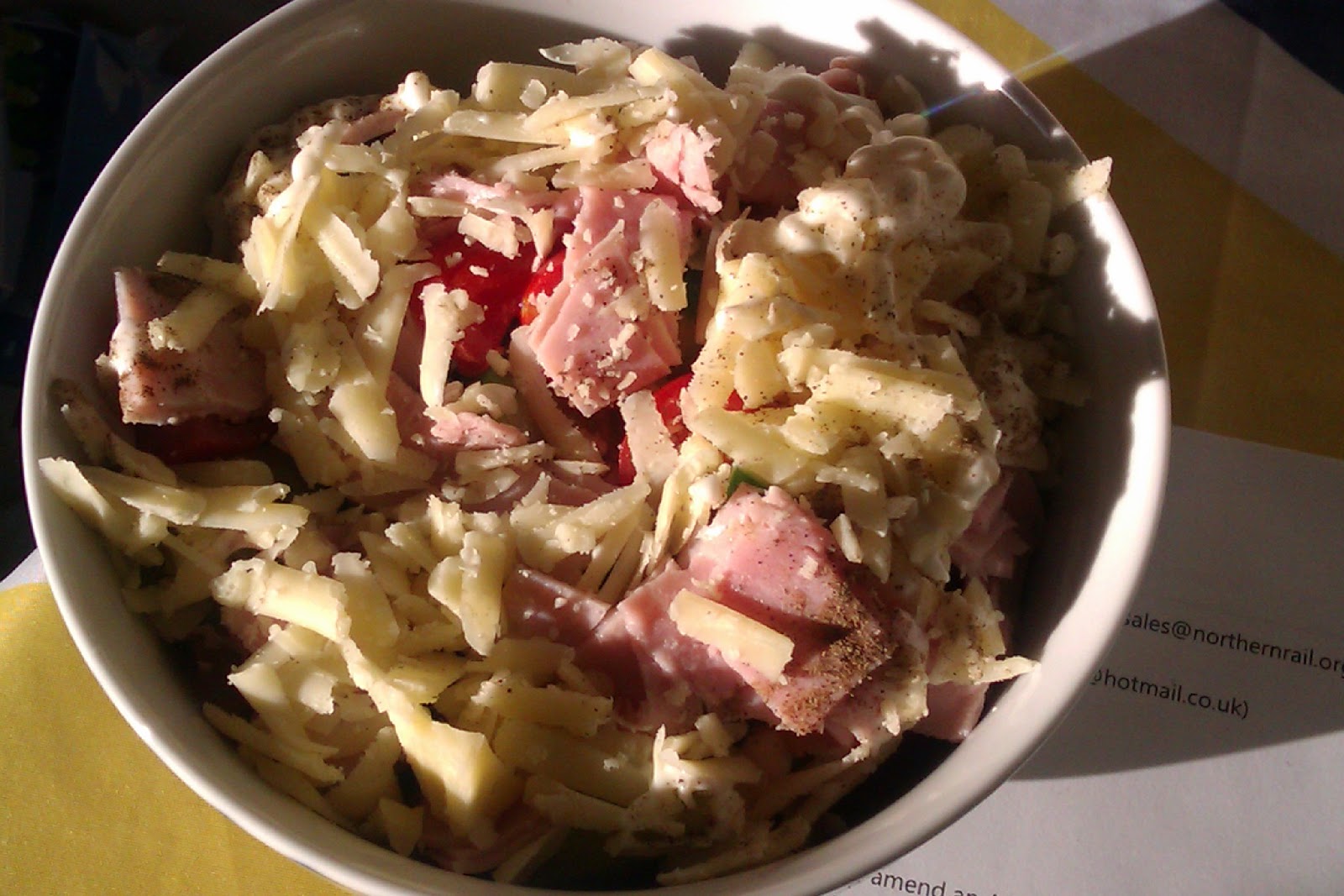 It's not all cheese HONEST. A little bit of wholewheat pasta, ham, cheese, some mayo and a tonne of veggies and salad. 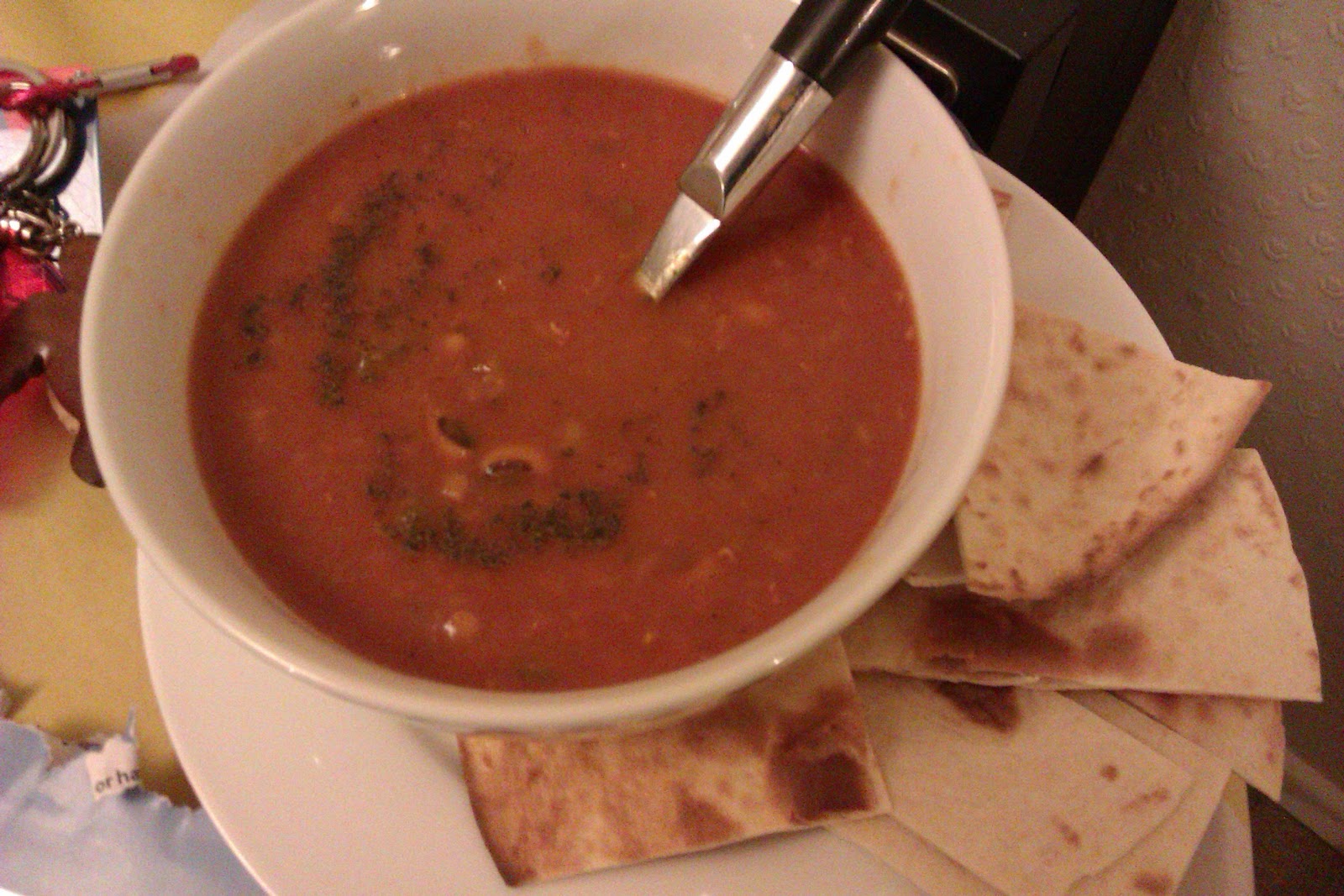 Believe it or not the first time I've had toasted pitta bread dipped in my tuscan bean soup (shop brought). I've slightly warmed and coated in PB before but this was definitely one of my most brilliant ideas this week! 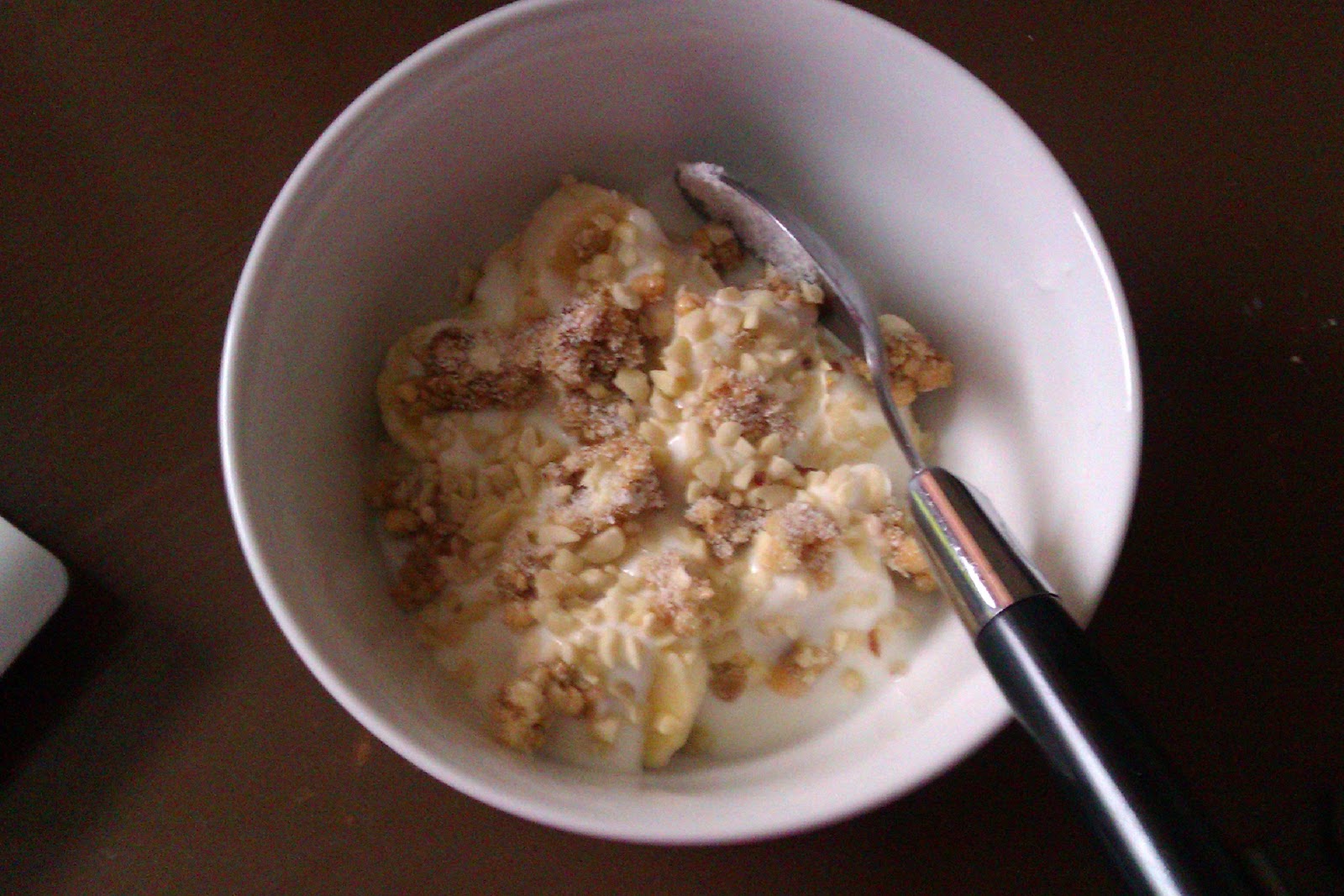 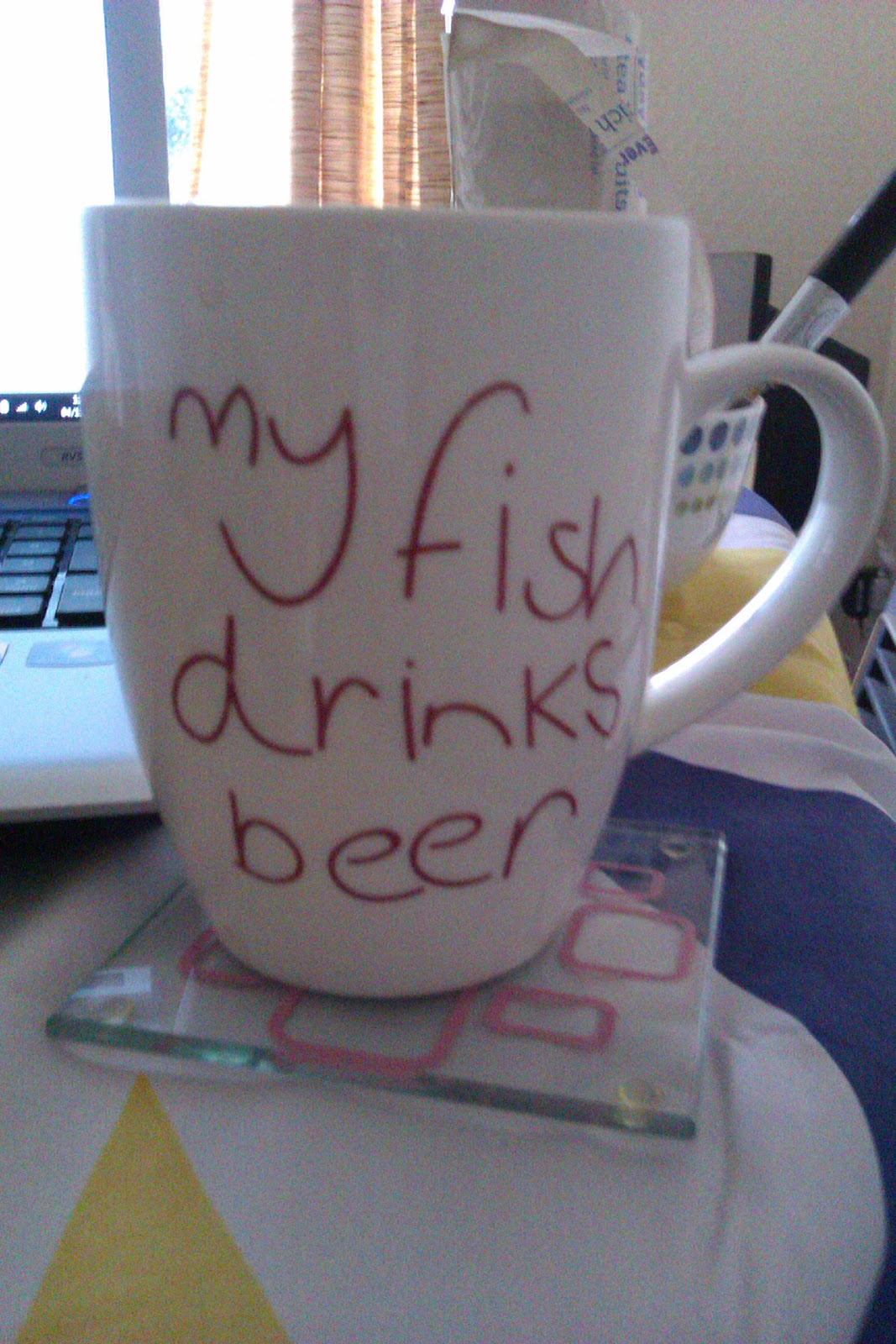 My fave mug to have hot drinks in of late. I've had this cup since I was thirteen or something like that- love love love it. 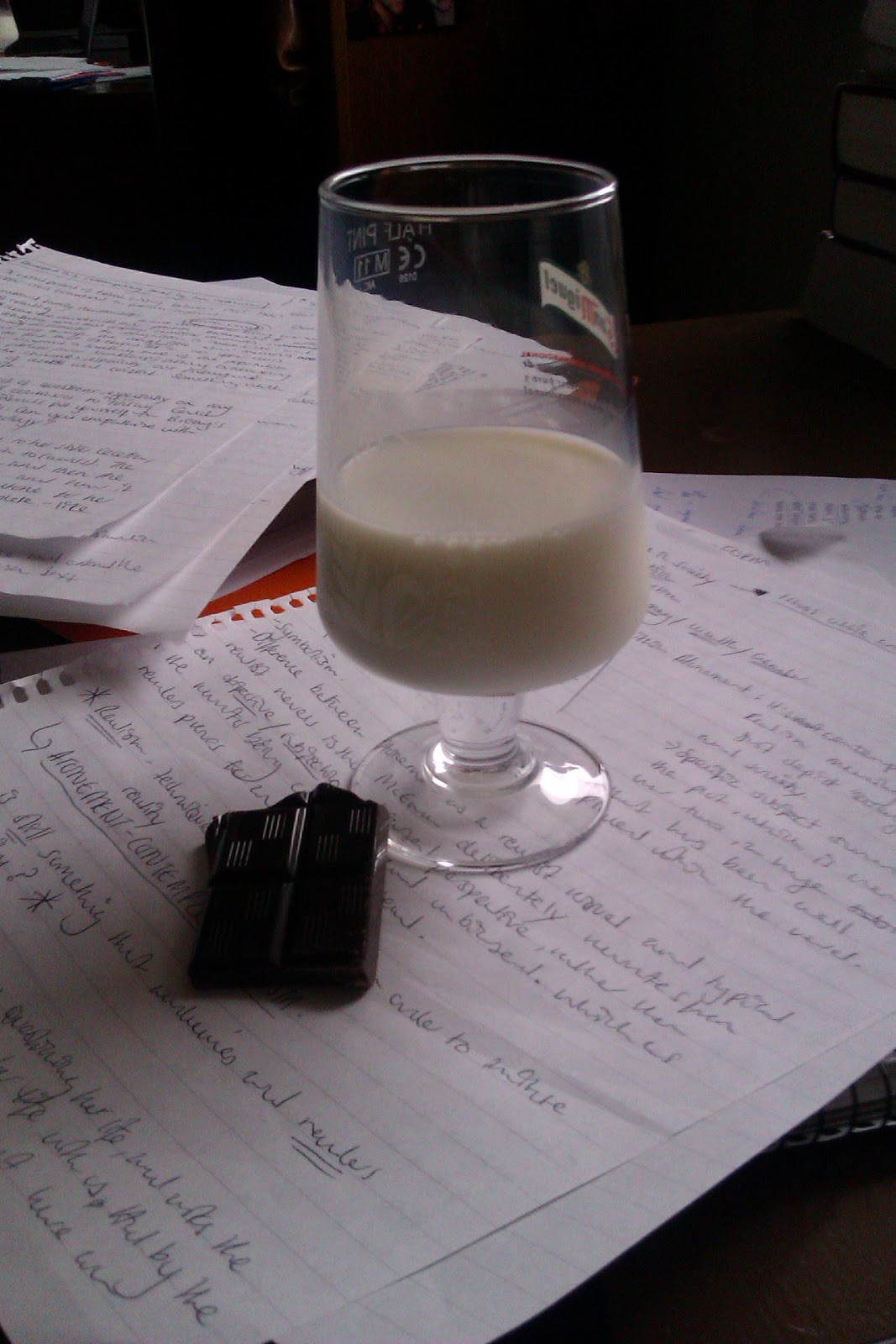 It's that time of the month again and I'm craving milk. This was the snack I ate on Sunday whilst putting the finishing touches on an assignment due the next day. God knows where these assignments are coming from. It's like I have one every week. 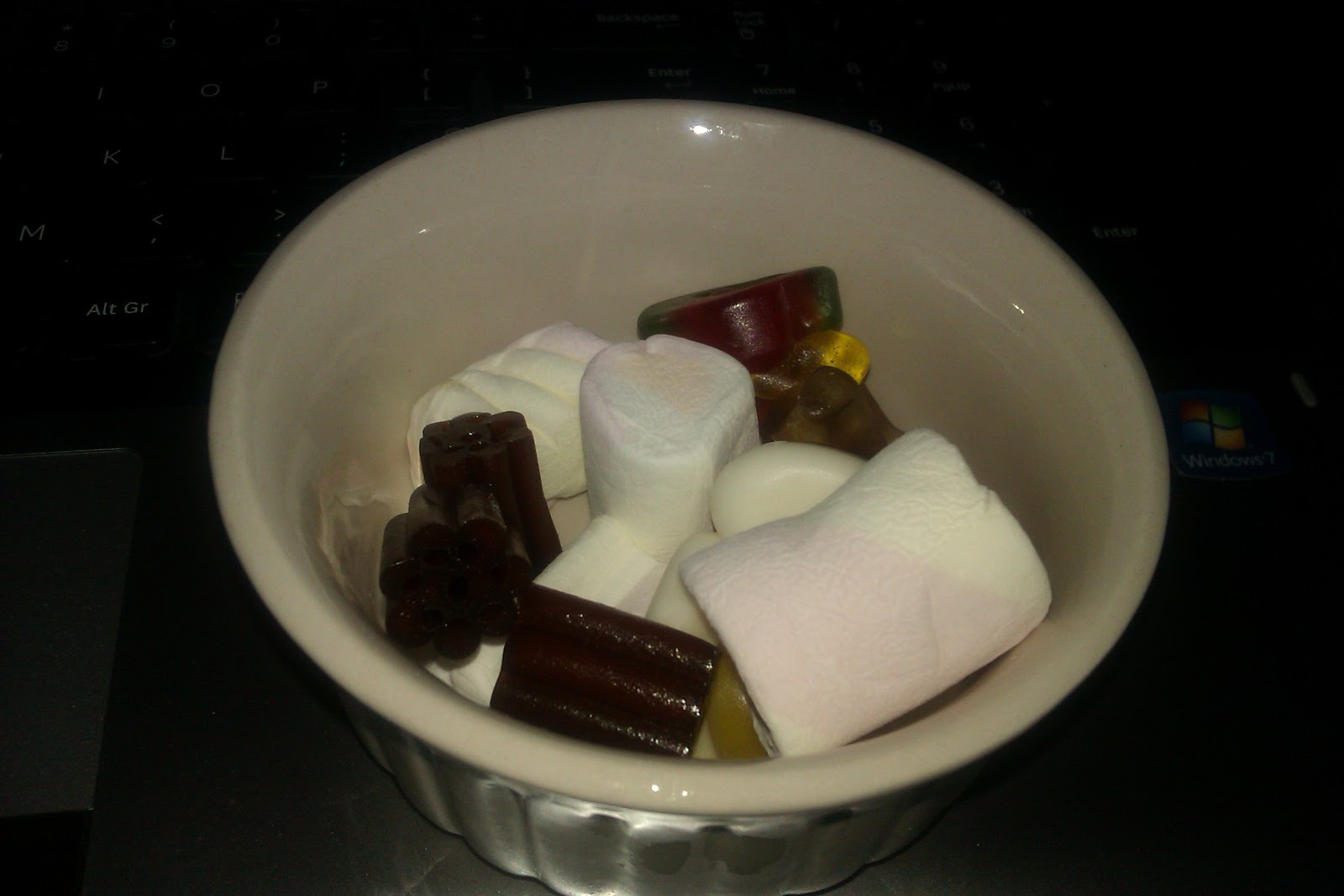 Ok so I've been very naughty this week! I've been snacking on sweeties that me and my best friend brought on Halloween (luckily, or not so luckily they are all gone). 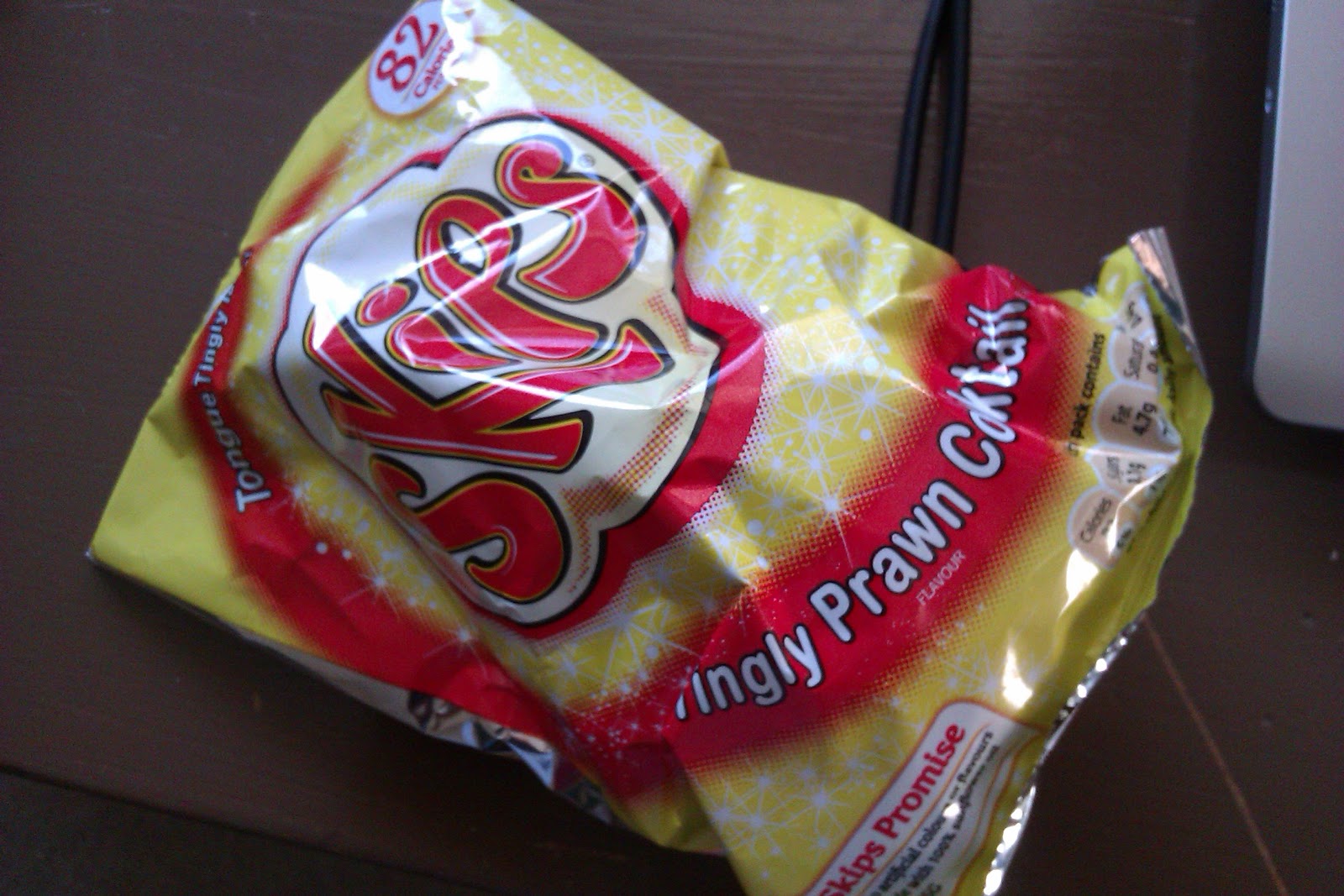 One of my snacks of choice has been crisps lately [they are all gone :(] 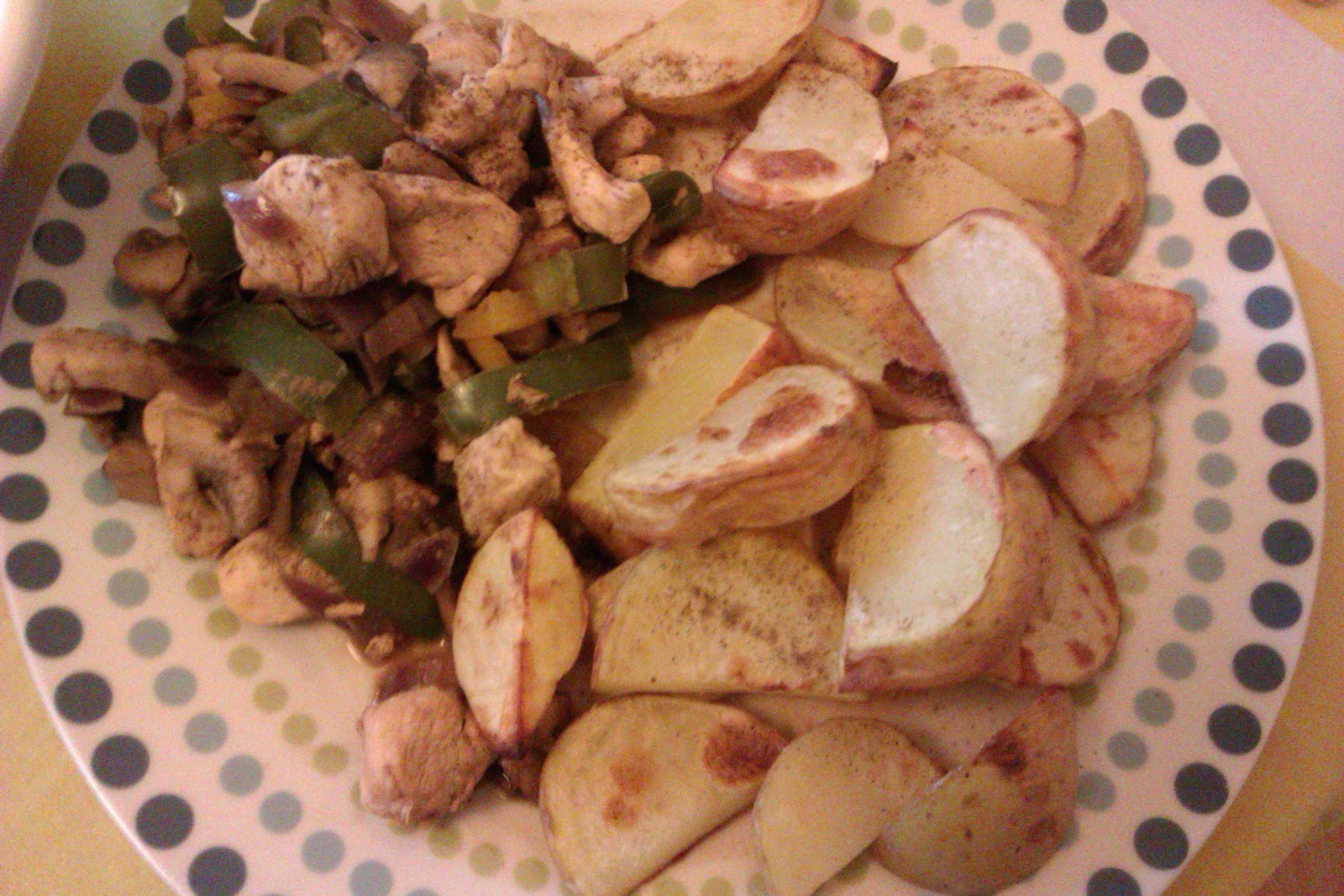 This is the tasty mess that was dinner Tuesday night. Chicken breast chopped up with veggies (lots- we love our mushrooms), seasoned with a pre-made BBQ packet and home-made wedges that I'm getting pro at. 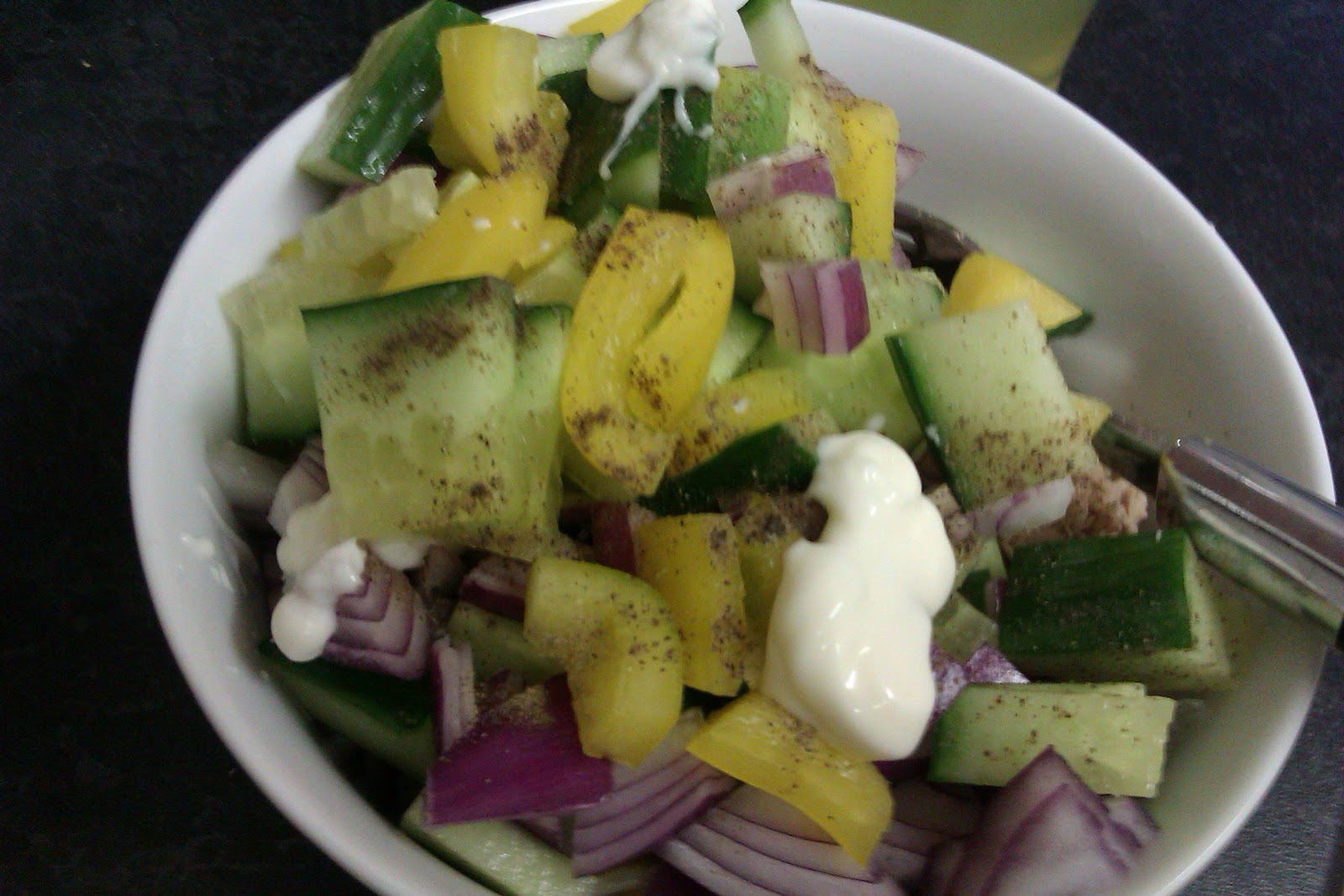 I've really been focusing on getting my veggies, fruits and salads in lately, after noticing I'd been slacking. This is wholewheat pasta, onion, pepper, cucumber, tuna mayo, and later I went back for cheese! 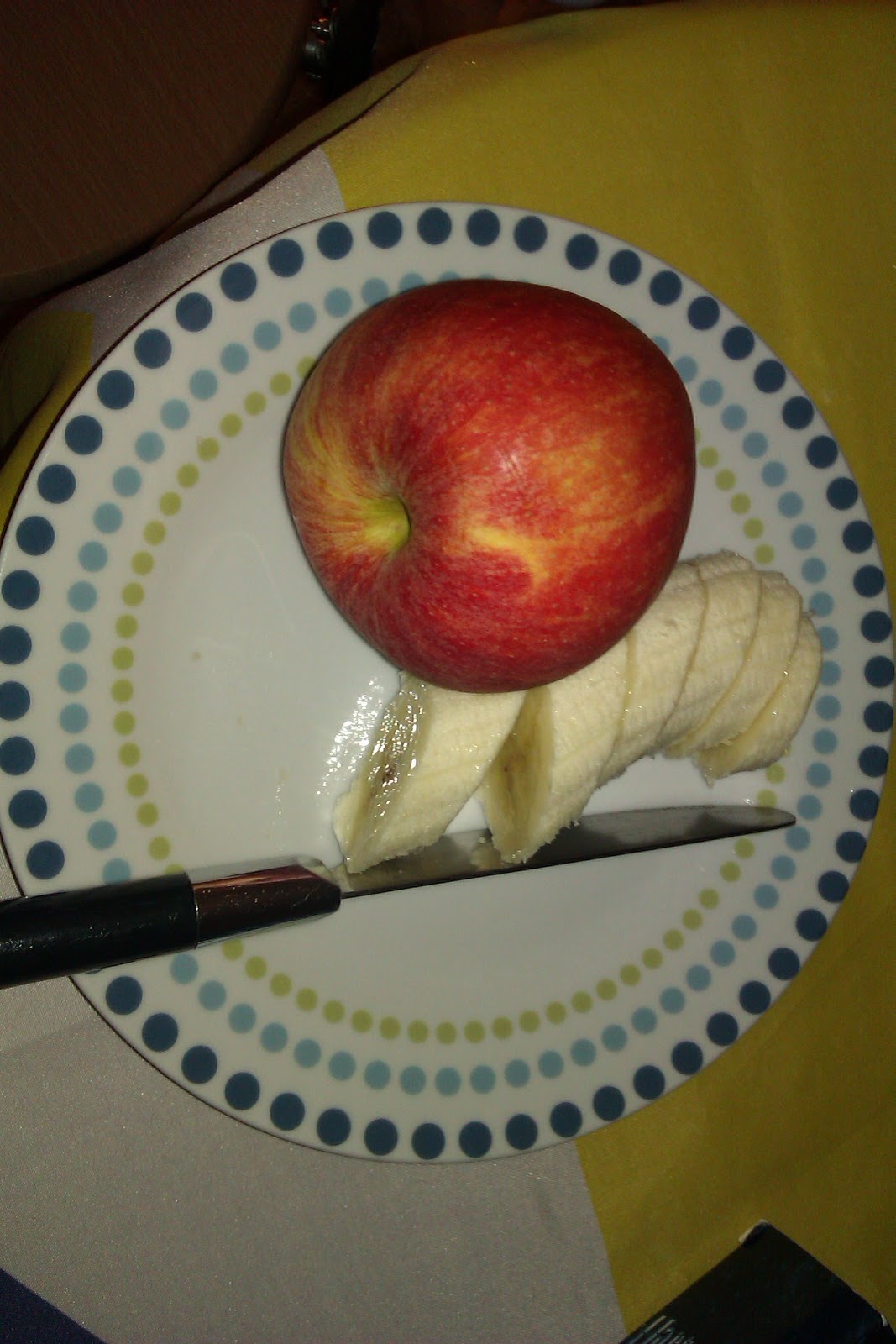 This snack/desert was a bit too much med banana and a gala apple. I've made a concious decision to not buy PB this week it was becoming addictive and I was putting it on everything and anything. 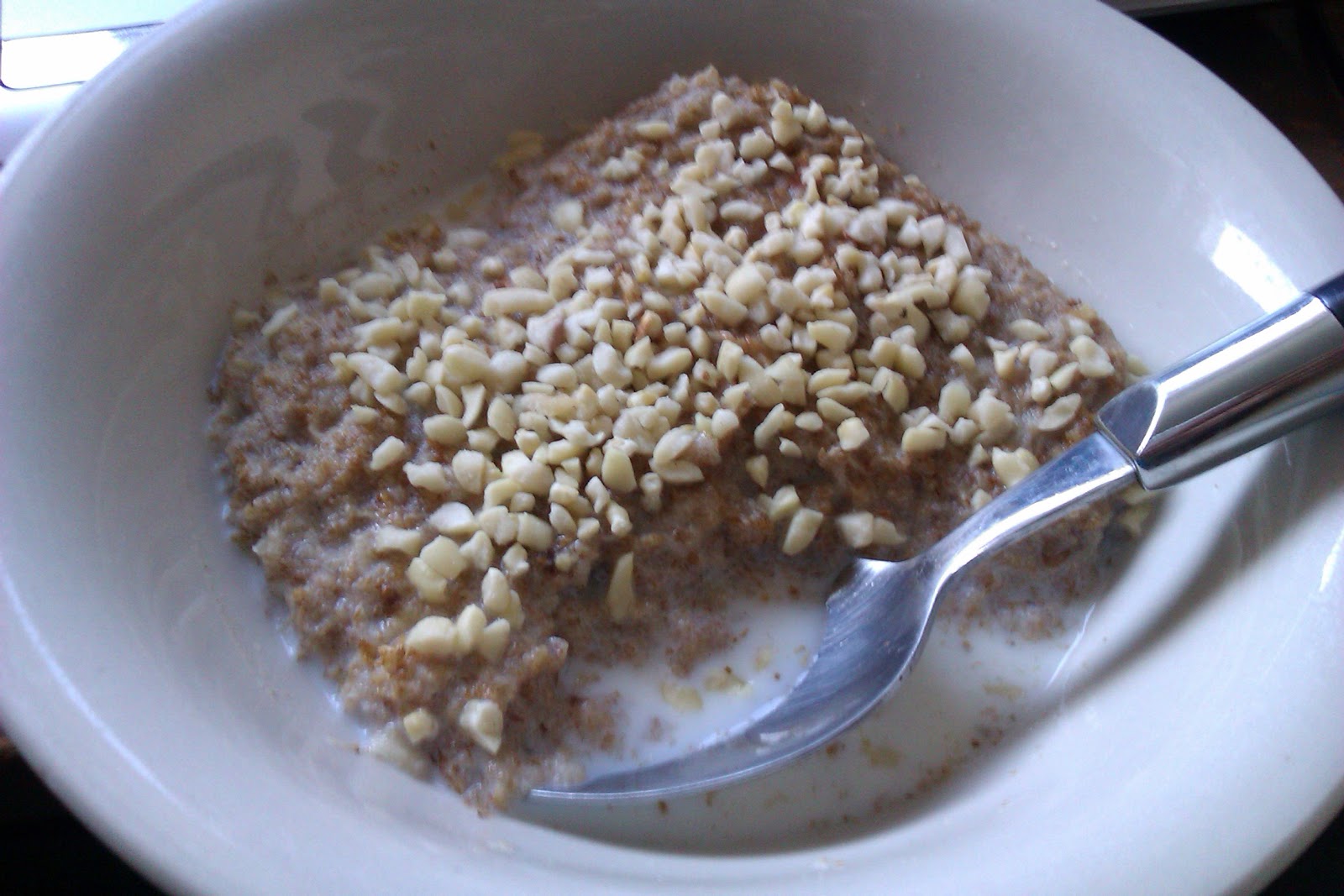 And finally my breakfast this morning. You know it's nearly winter because I'm breaking out the weetabix and warm milk combo, and I added some chopped mixed nuts for some texture. I also ate a banana whilst waiting for the milk to heat as I was really hungry after class.

Is anyone else changing their eating habits up as it's getting colder outside?

Down But Certainly Not Out!

As the title says I'm feeling down but I'm definitely not counting myself out. Well trying to anyways. Maybe it's just the time of the month, but I seem to be experiencing so many emotions lately. I'm upset, I'm angry (though I nearly wrote hungry- it happens), I'm annoyed, I'm finding others annoying. It's basically a never ending cycle of different and every emotion you can think of. As I've probably expressed or felt it at some point over these last few days. I don't mean to do it, but it's like I can't help it.

My eating hasn't been out of control either. I decided not to way in Friday. I know what you're thinking but I just couldn't face the scale this week. My stomach has been playing up again. I guess it really never got back to normal after my bout of gastritis last winter which I was taking medication for. I've been considering going to the doctors about it, but for now it's not too bad. Anyways I've been feeling bloated like I'm carrying around extra weight. But like I said I'm hoping it's just the time of the month!

I've decided I'm going to weigh in next Friday- the 16th. That's a definite. Whether I feel good or otherwise -it's happening. But I've decided to loosely start tracking what I eat on Livestrong again. It's a tool I've used in the past and have had success with. It's also drove me crazy but at the moment I think it's essential I track and see what's going on with my diet. And it's proven interesting so far, though I've been made aware what I'm eating and when I'm eating. I'm going to continue with this method, and hopefully improve my eating in general and also with my habits.

My Recent Eats & An Basic Update

Well everything is going Ok...I guess. I'm beginning to do that thing in my head where I wig myself out and undermine my recent efforts and weight loss and everything else that's going on. I guess my OCD spreads to every area in my life. Chelsea from One Healthy Munchkin mentioned on a post the weekend that she always strives for perfection and it's all becoming too much, and so she's just going to give everything her best. And that should be good enough right? Even when I get good grades I consider it a loss because I could of got a better grade or spent more time on the assignment etc etc. Or when I lose weight I undermine that too- Only a pound! I mean I should accept and appreciate every loss but I don't. I want to weigh less, move more, have a different shape, a different face, different grades. I basically want my entire life to be different, enhanced in some way. But it's something I read over the weekend on Roni's blog http://ronisweigh.com/. She said 'Do not spoil'- basically don't spoil what you have by desiring what you don't (taken from a quote by  Epicurus). And it's true I'm constantly wanting something I don't have or maybe don't have yet, or maybe it will never be realistic I don't know. But I am the kind of person who believes if they want something bad enough, they can get it or achieve it.

Anyways, enough of all the deep stuff. Here's some of my recent eats: 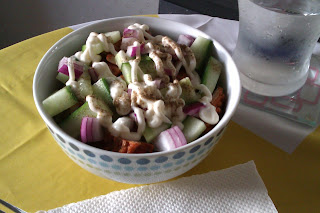 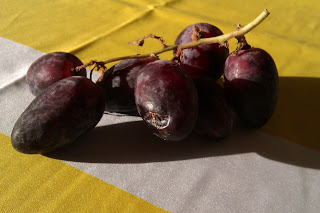 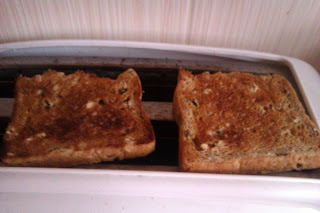 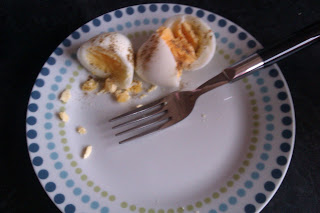 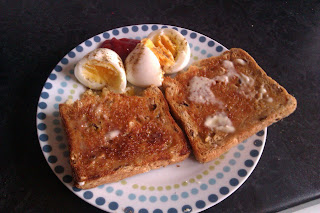 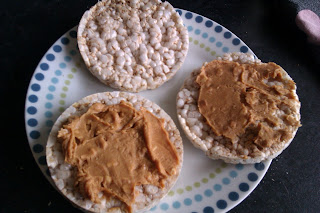 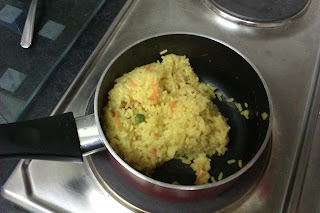 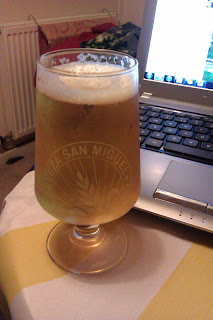 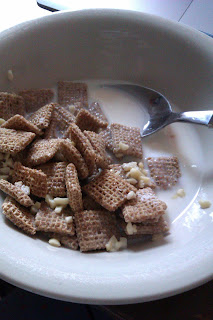 I've been eating out of comfort lately and not out of health. I think a diet re-vamp is needed. I'm feeling sluggish, comatosed and heavy. I think the less processed, more natural is the way I'll be going. Hopefully the changes help mentally not just physically :)